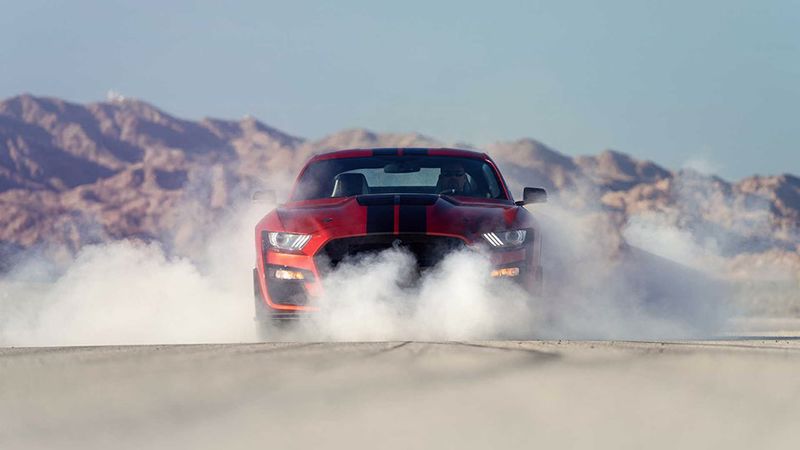 FEAST YOUR EYES ON THE BRAND NEW SHELBY GT500

Ford, as promised from the LA Show, has revealed the 2020 Shelby GT500 to hungry sports-muscle fans at the Detroit Auto Show.

Okay, let’s rewind a little bit. Ford has indeed unveiled the GT500 but they’re still holding back a few details. Chief among which is power. The car is packing a supercharged 5.2-litre V8 but the company isn’t elaborating further than the previously announced “over 700hp” claim. Ford has said it’s still fiddling with the output and won’t have a final number until later this year. Ditto for torque. A quick Google reveals a common number of 750 horsepower (522kW) and over 950Nm but remember, those are just stated aims for now. 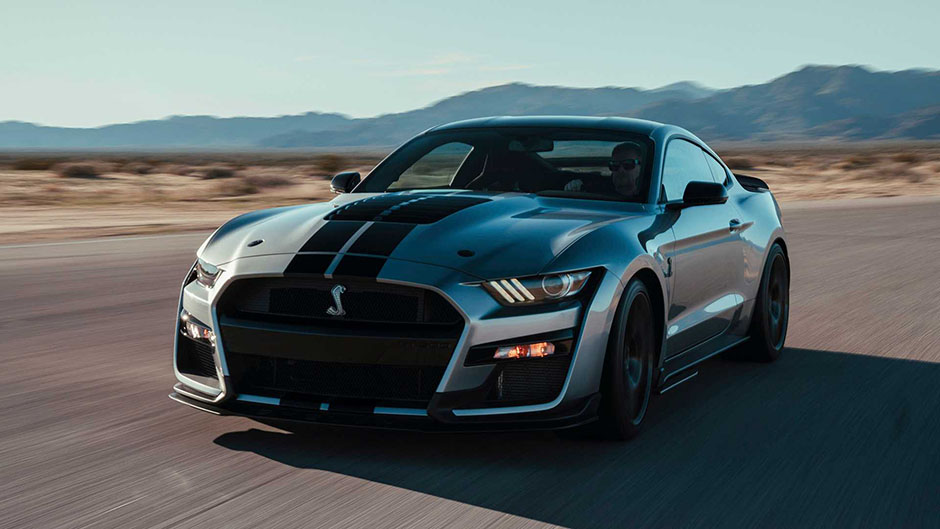 Despite lacking hard digits, the engine isn’t just a big blown V8. Ford engineers flipped the supercharger upside down and squeezed the intercooler between the cylinder banks, in order to lower the centre of gravity. The engine itself is all-aluminium, with high-flow aluminium cylinder heads, forged connecting rods and a new oil pan with active baffles to keep the engine lubricated through high-G turns.

The only gearbox will be a seven-speed dual-clutch unit, presumably because it can handle the massive torque better than any of Ford’s current manual ‘boxes and designing a new gearbox is expensive, and because DCTs are just faster. Ford says the Tremec seven-speed can execute upshifts in 100 milliseconds. 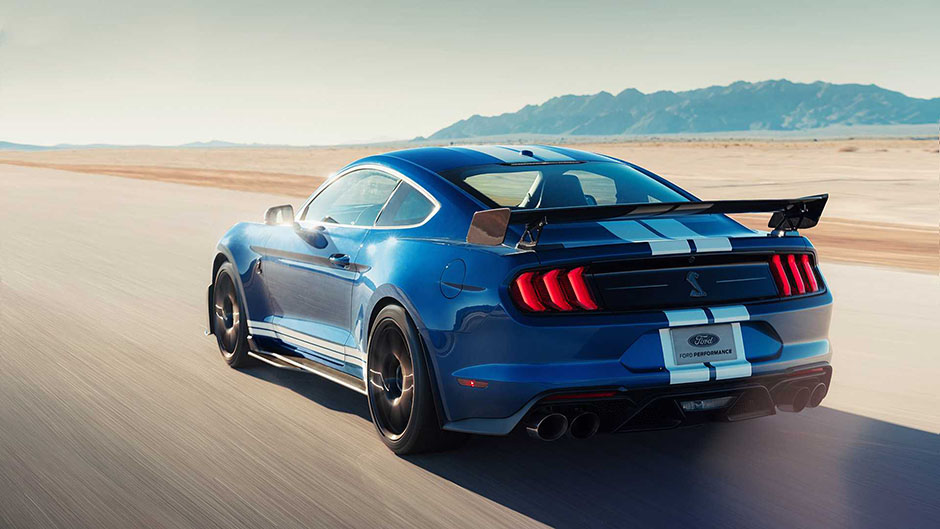 Of course, when piling in that much power, you need to be able to stop faster. Thus, Ford has fitted the biggest front brake rotors ever fitted to an American two-door. The 420mm discs get chunky six-piston Brembo calipers doing the biting work. Ford says these brakes are 20 per cent larger than those on the GT350, and are one reason why the wheels grew from 19 inches on the older Shelby to 20 inches.

Magnetic dampers are standard, as are Michelin Pilot Sport Cup 2 tyres. Two optional handling packages will be available. The first is simply called the Handling Package, and adds adjustable strut tower mounts and a Gurney flap for the prominent rear spoiler. 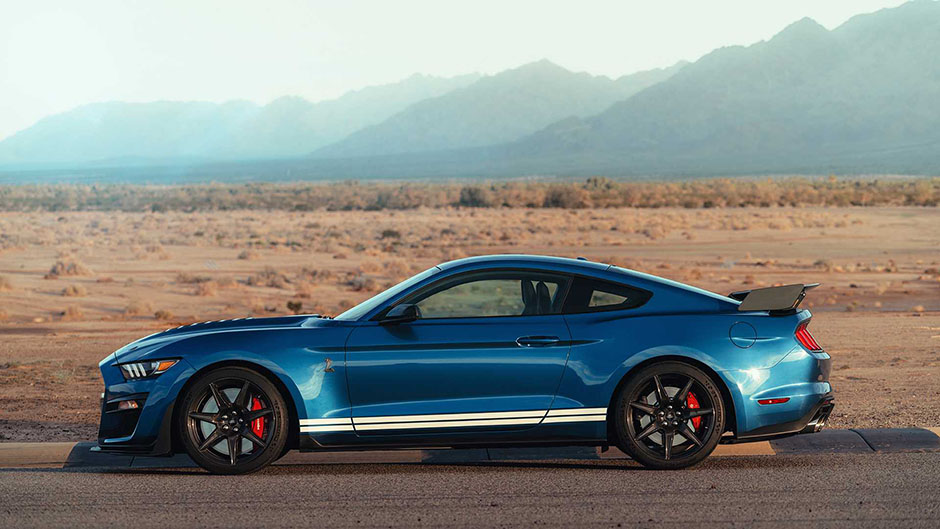 The second is the Carbon Fibre Handling Package, which ditches the standard alloys for a new style of carbon fibre wheel for reduced unsprung weight, while rear wheels are slightly wider. Speaking of, the standard rubber is replaced with a custom compound developed by Michelin. A big ol’ adjustable rear spoiler in exposed carbon fibre is added at the back, and the rear seats are ditched.

As to styling, the front fascia has double the openings of the GT350, and there’s a louvred bonnet. A chin spoiler complements the rear diffuser and spoiler. Four massive exhaust outlets let you know the GT500 isn’t here to make friends. 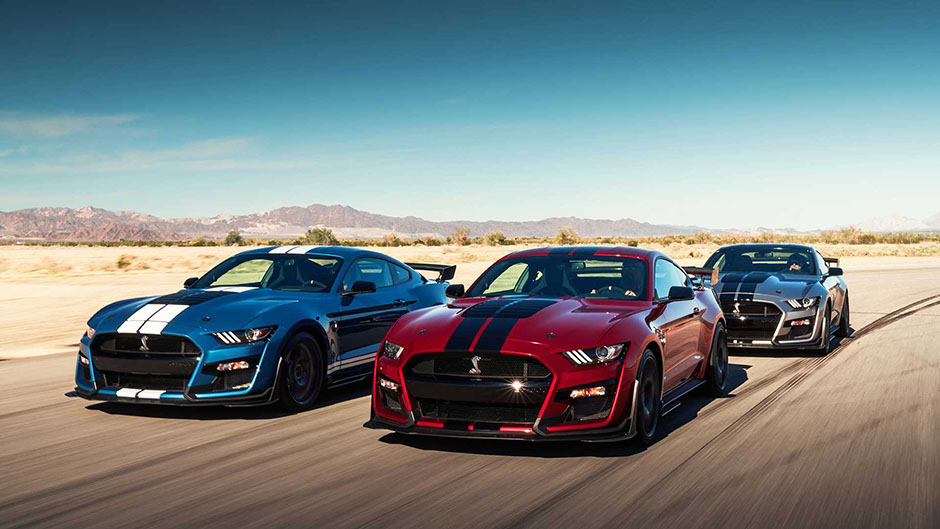 The GT350 was never built in right-hand drive and the 500 will likely follow suit, meaning it won’t officially sell new here.

For more information on Mustang click the "Call Me Back" button in the bottom left.
Or click this link to view the Mustang range.
https://www.avoncityford.com/Product/33/ford-mustang-v8-gt-fastback-manual?typeId=1