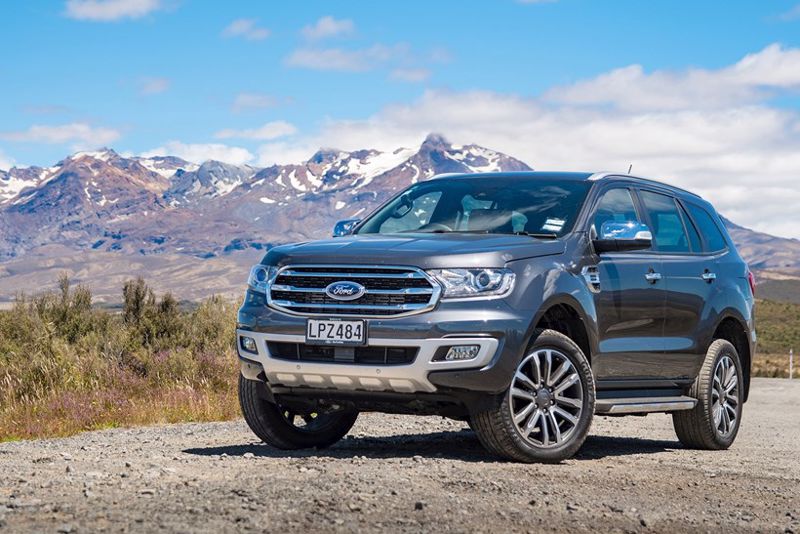 Road test: is the Ford Everest the ultimate road-trip companion?

Anyone in the North Island with a shred of sanity will know that the journey from Auckland to Feilding — a 500km trek — is best carried out by plane. Yet for the last three editions of the New Zealand Grand Prix at Manfeild, I’ve driven.

But there have been few regrets. You see a lot of New Zealand over that six-and-a-bit hour drive, from the City of the Future known as Hamilton, to Tirau’s enormous tin dog, to the snow-kissed Mt Ruapehu.

The problem over the three years, though, is that each drive was undertaken in a car not terribly well suited to road-tripping. Year one was in a tiny Mazda MX-5 RF-S; year two in a Suzuki Swift Sport. Both were magnificent cars, but lacked the much-needed space for such a task.

A 2019 Ford Everest on the other hand? Well, that might just about be the perfect device for the Kiwi road trip.

While the the blue oval’s revised seven-seater looks almost exactly like the old one, it does carry a few big differences — one of the biggest being price and spec.

Gone is the Trend base model, with the top-spec 4WD Titanium now the only model offered. Initially the SUV landed with one price of $87,990 plus on-roads, but a price drop earlier this month now sees the Everest priced at $79,990.

In the body-on-frame, ute-based, three-row SUV stakes, that still sounds expensive. A Toyota Fortuner and Toyota Prado are $25k cheaper and $9k cheaper respectively, while Holden’s Trailblazer and SsangYong’s Rexton are $21k and $30k cheaper too in their base 4WD variants. Consider as well the more premium-orientated Jeep Grand Cherokee, which starts at $89,990.

But there are plenty of positives that make the Everest a compelling entry in an admittedly shrinking sub-segment. 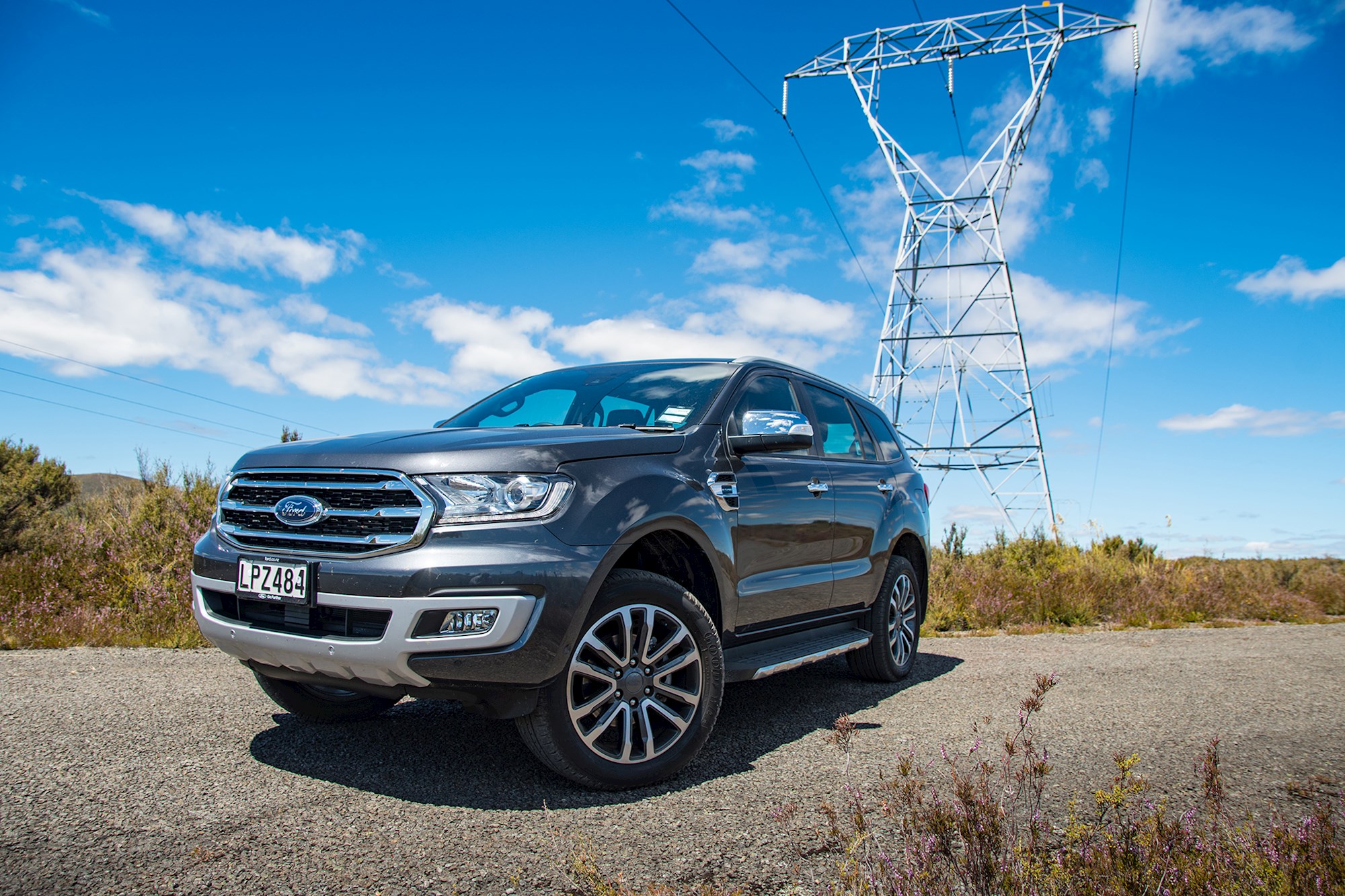 For one, it’s nice to look at. Whether it’s objectively more attractive than the Trailblazer or Rexton is up for debate, but it’s certainly less of an eyeful than the weirdly proportioned Fortuner or old-fashioned Prado.

The Everest’s emphasised wheel-arches and contrast-coloured bash plate and diffuser bridge the gap between mature and macho, while the chrome-laden front fascia provides a friendly face. Actual visual updates over the old model are minor, but largely centre around an updated grill and front bumper.

An 8in touch screen in the centre of the dash houses Ford’s SYNC3 system, which includes Apple CarPlay and Android auto, plus satnav and a reverse camera. It’s an interface that’s ageing fast, but remains easy to use.

Other interior toys include a panoramic moon-roof, a power tailgate, and the ability to move the third row of seats electronically instead of wrestling with levers and pulleys.

These touches are nice, although they’re somewhat countered by plenty of hand-me-down hard plastics from the Ranger (including on the tops of the door cards). The front seats in the Ford are also somewhat flat, and lacking in lumbar adjustment (a feature common in plenty of sub-$40k cars, let alone vehicles priced like the Everest). But overall, it's a cockpit that's more pleasant than most. 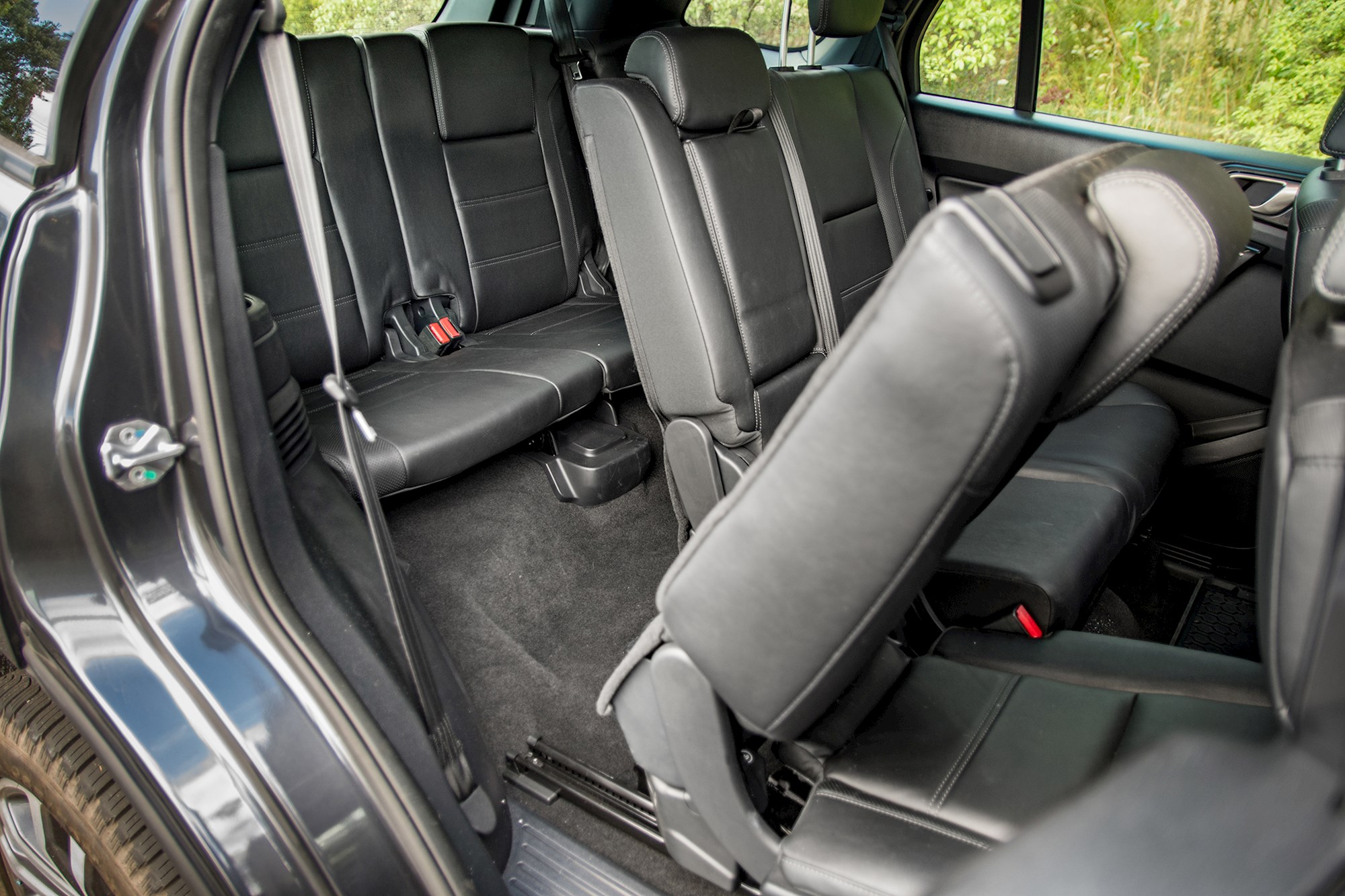 Space inside is predictably vast (although the moon-roof does eat into head-room), and you could potentially even fit a few adults into the third row — a thought helped along by the reasonably wide aperture for third-row occupants to enter through. The boot has a capacity of 1050 litres when the third row is flat, and a still generous enough 450 litres when it's up.

As impressive as some of these elements are, none necessarily gives the Everest a big edge over the aforementioned competition. It’s only when we tackle the great big elephant in the the room that the Everest starts to make sense.

That elephant is, of course, the engine.

The move to only offer one spec of Everest in New Zealand extends to the engine bay and its 2-litre bi-turbo diesel. Yes, it’s the same powertrain from the Raptor, and here it’s paired to the same 10-speed automatic transmission. Power and torque are unchanged; 157kW at 3750rpm and 500Nm at between 1750-2000rpm respectively (14kW and 30Nm over the outgoing five-cylinder 3.2-litre unit).

Braked towing capacity is a commendable 3.1-tonne; 100kg more than the Trailblazer, but 400kg less than the Rexton’s segment-best 3500kg.

While we fell in love with the Ranger Raptor, the engine’s performance on tarmac always remained something of a sticking point. But plonked into the Everest and stripped of all the Raptor’s gravel-bashing sports pretensions, it makes a whole lot of sense.

Despite Everest being about 150kg heavier than the Raptor, the engine feels sprightly enough off the line (thanks to instant pick-up from the twin Borg Warner turbos), and capable when it comes to mowing down hills and performing the occasional pass on the motorway.

While that 10-speed automatic can be a slight problem child in traffic, when you're on the move it's generally an intelligent and intuitive unit — from shifting quickly and allowing the driver to rev out when in Sport mode, to quietly working away in the background when the vehicle is cruising at a constant speed.

But, more than anything else, the 2-litre’s biggest positive is how quiet it is.

Whether on start-up or cruising at 100km/h, it’s a refined unit that’s barely audible in the Everest’s cabin. We managed to score economy figures of under 8L/100km, but those numbers never took too long to increase to 10L/100km and beyond on the twisting, undulating roads to Feilding.

If there's one thing the Everest does better than any of the aforementioned rivals, it is refinement and comfort. And in this regard, the relatively muted engine is simply the start.

It rides on a revised and softened suspension set-up, enabled by the implementation of a new front stabiliser bar combination that in turn allowed for stiffer roll bars and cushier spring rates. The stiffer roll bars mean that the Everest corners flatter than you'd expect it to, while the more forgiving spring set-up means a supple ride on any surface.

In particular, we noted that the Everest had an impressively controlled rebound rate during testing — much like the Ford Ranger Raptor. Strike a big pot-hole or a speed bump at pace, and the initial natural jolt would be followed by minimal bouncing and 'rebound'.

The one minor thing we didn't like from the suspension was the amount of front-end 'dive' under brakes. But it's not a bad trade for ride quality that's this competitive.

You can take the Everest's smooth ride, and add to it predictable steering. For a large vehicle, the steering is very light — particularly at low speeds. This is consistent with the Ranger, and makes both vehicles feel smaller and more approachable to drive. 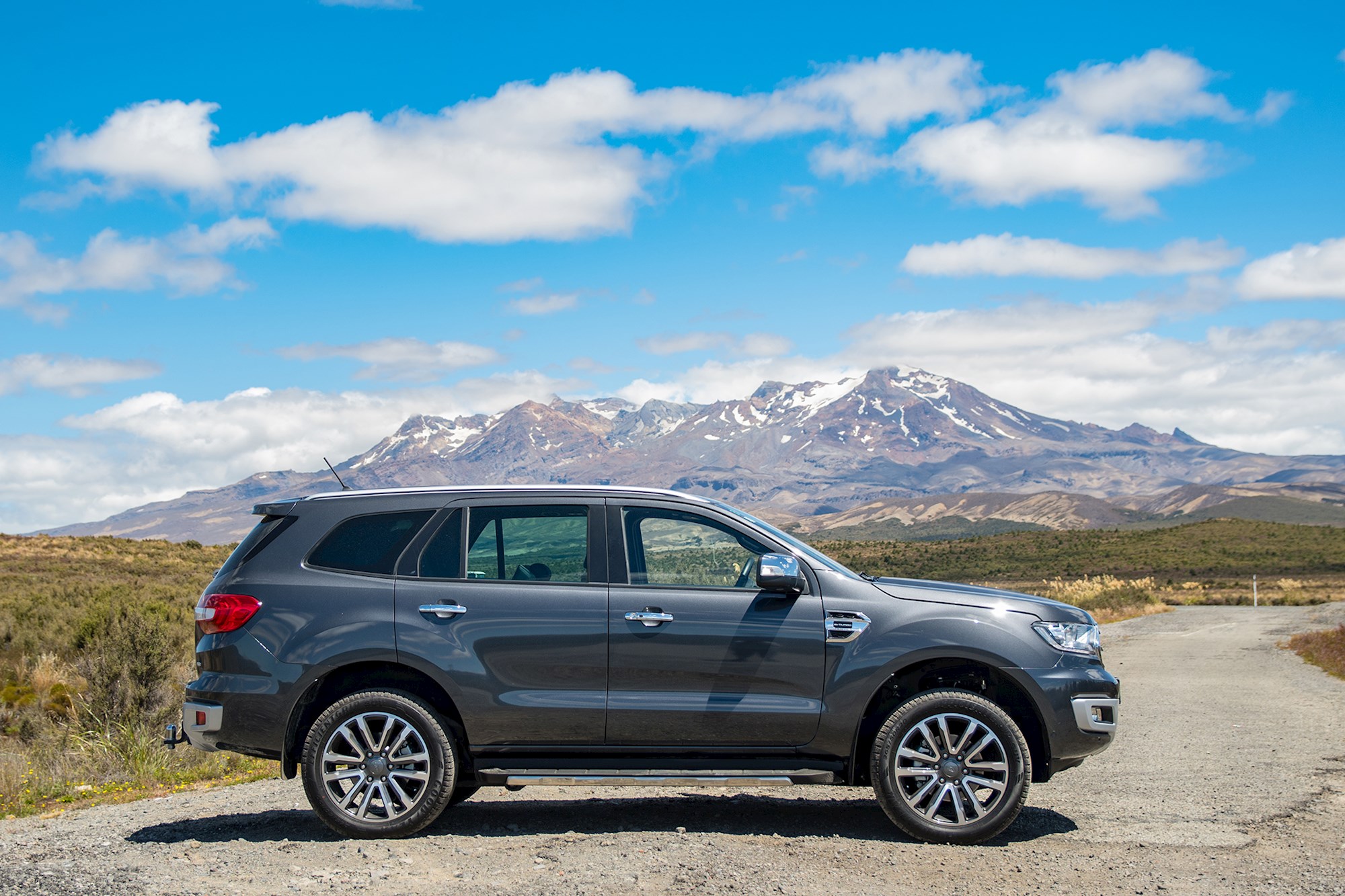 Factor in too clever solutions like active interior noise-cancellation (like what you find on a millennial's $500 headphones) and an acoustic windscreen, and added up it makes the Everest the most comfortable and refined SUV in the segment.

As we've covered, that shimmering label isn’t finite, of course. But, those elements don't quite take away from the Everest’s positive attributes.

Yes, there are cheaper options out there with similar capabilities on paper. But none is as likable, liveable, or well optioned as Ford's 7-seater behemoth.