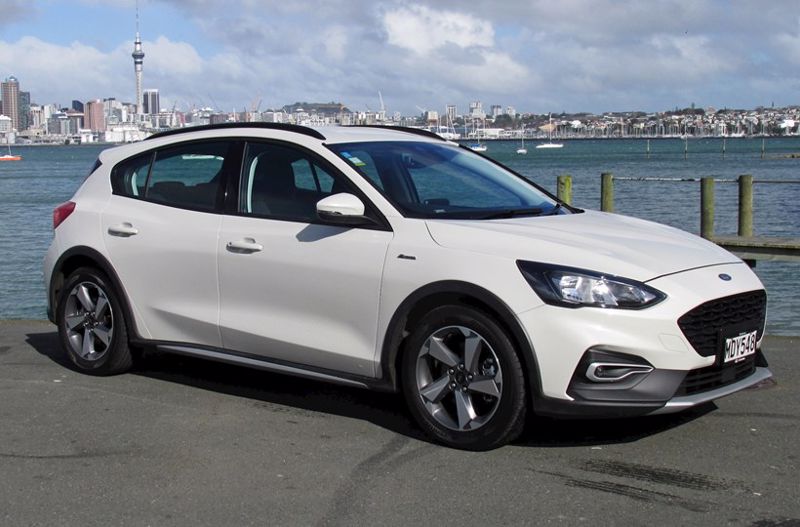 Meet the Focus Active: behind the wheel of Ford's lifted hatch

Ford New Zealand has added the Active model to its Focus range and it’s a big improvement over the hatchback — okay, technically a 35mm upgrade.

That’s the difference in ride height between the Active and the hatch Focus with a 35mm increase in the back and 30mm in the front, creating a crossover appearance for the latest model in the range.

That increase gives the Active a more dominant look over the hatch and places it in the sought-after SUV wannabe market. Focus pricing starts at $31,990 while the Active is priced from $5000 more. 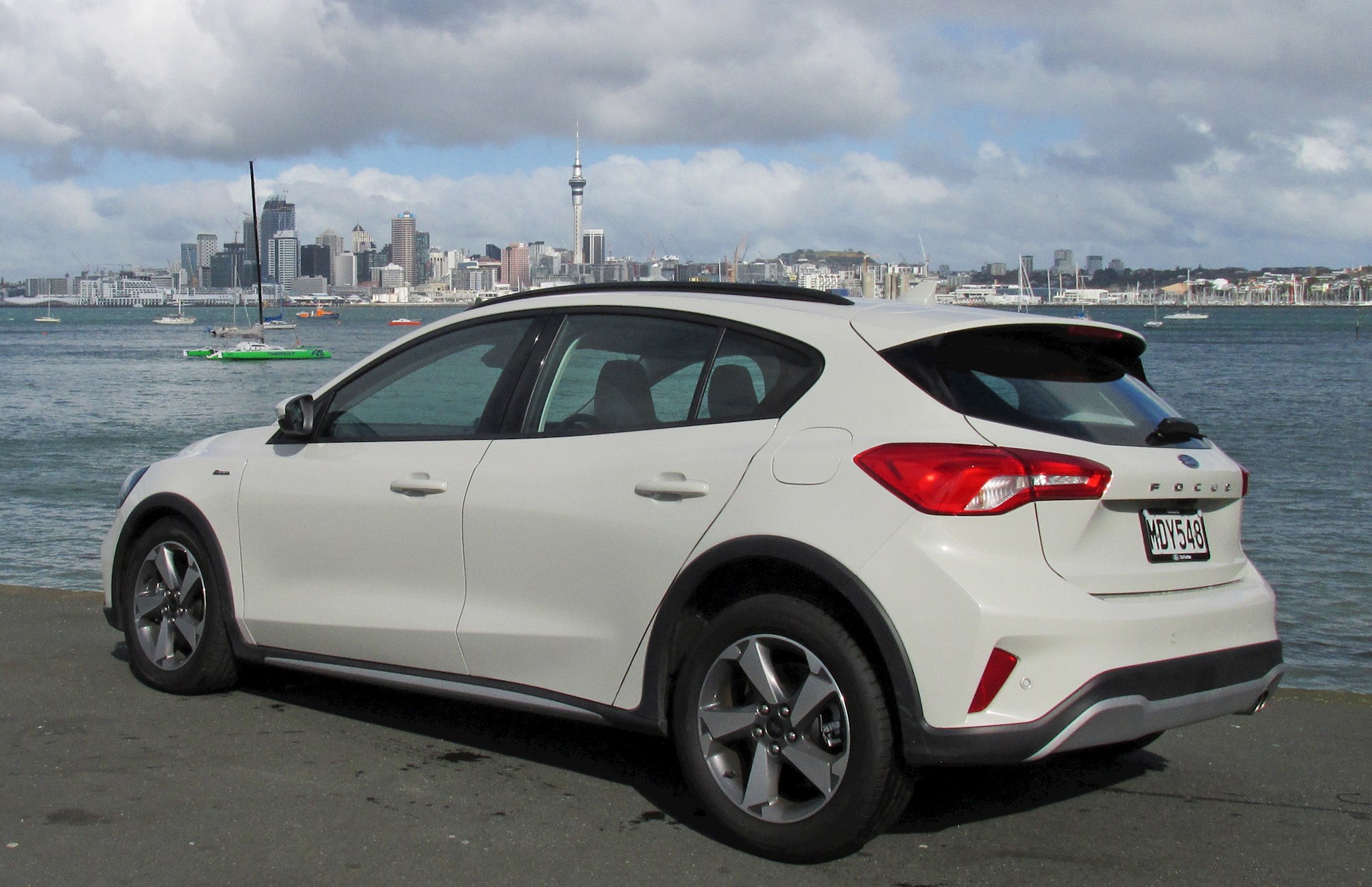 The Active has a 1.5-litre EcoBoost three-cylinder turbo petrol engine producing 134kW of power and 240Nm of torque and is paired with an eight-speed automatic transmission. It also has steering wheel-mounted paddles to help you shift through the gears — not that you need them as the transmission does a sterling job cleanly moving through the gears.

The Active gets 18in alloys over the Focus hatchback’s 17in and comes with the unique drive modes of slippery and trail — ideal for when you want to go off the beaten track, just make sure it’s not too far.

We liked the blind spot monitoring and rear cross traffic alert as standard, and the adaptive cruise control was an added benefit during our commutes on busy motorways, allowing us to confidently do “no pedal” driving as the Active kept a distance between the vehicle in front and stayed at the set speed.

It also has an independent multilink rear suspension that creates that increase in ride height over the Focus hatch, and gives you more ground clearance.

The Active carries over the clean dash with minimal dials that we love, plus the 8in infotainment touch screen is simple to use.

Add to that Apple CarPlay, Android Auto, AppLink plus voice control and you have a daily driver that makes sure you keep your eyes on the road, not on the dials. 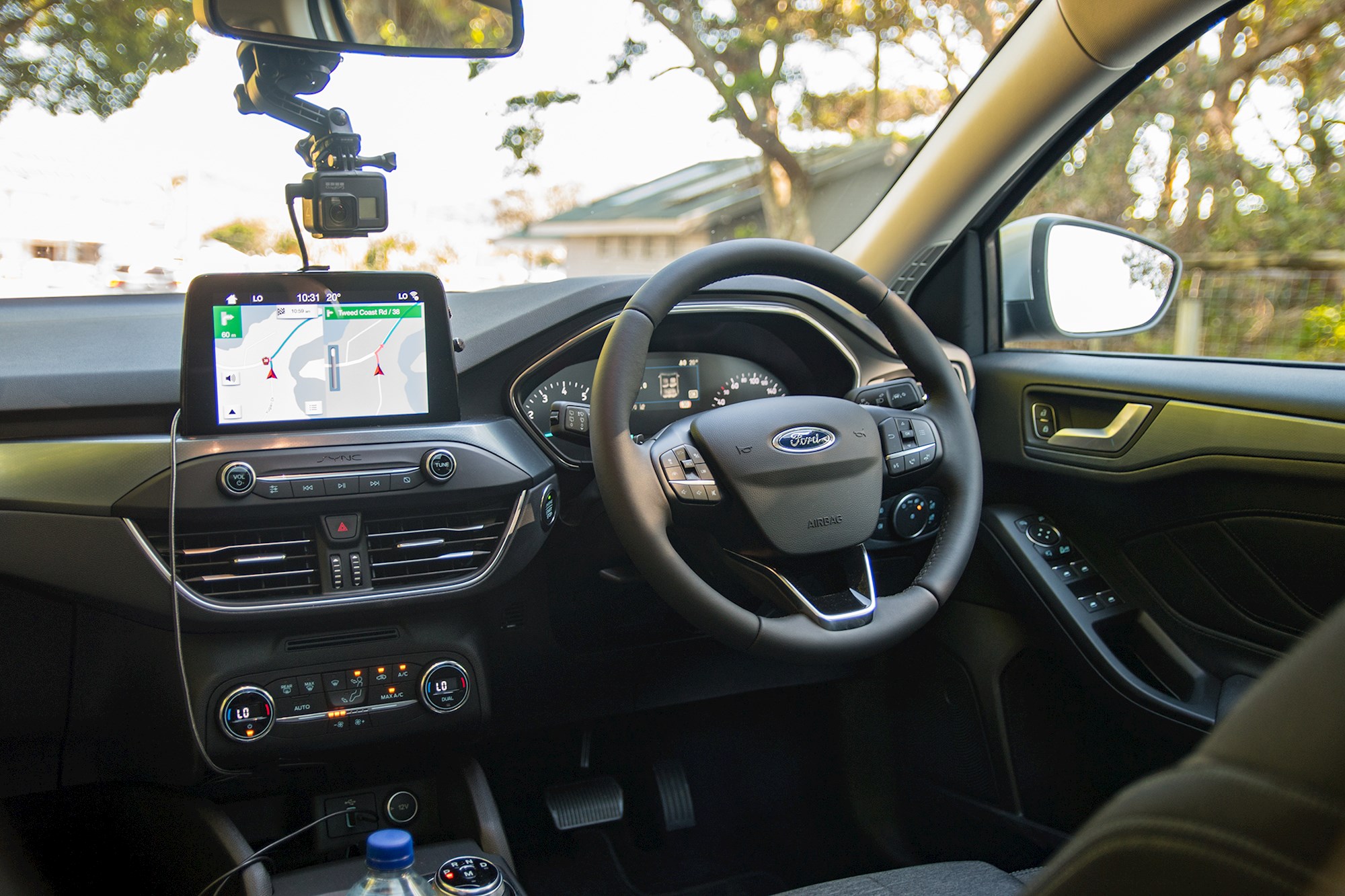 Our Active’s exterior colour was Metropolitan White. This gave it a sophisticated look and, with the increased height, made it look like a crossover, not that Ford is claiming it is one.

Instead, the brand is answering the demand for more SUV-style vehicles that give a higher driver position — be it for easier access to the seats or better vision ahead when you’re on the motorway.

The 1.5-litre three cylinder is a willing drive with peak torque available at just 1750rpm, and from stop to start — such as on-ramp traffic lights — the Active moves effortlessly. On the motorway, the Active is sharp and responds quickly to a tap on the accelerator, proving that the EcoBoost is more than capable when it comes to performance.

The eight-speed auto works away effortlessly and smoothly. 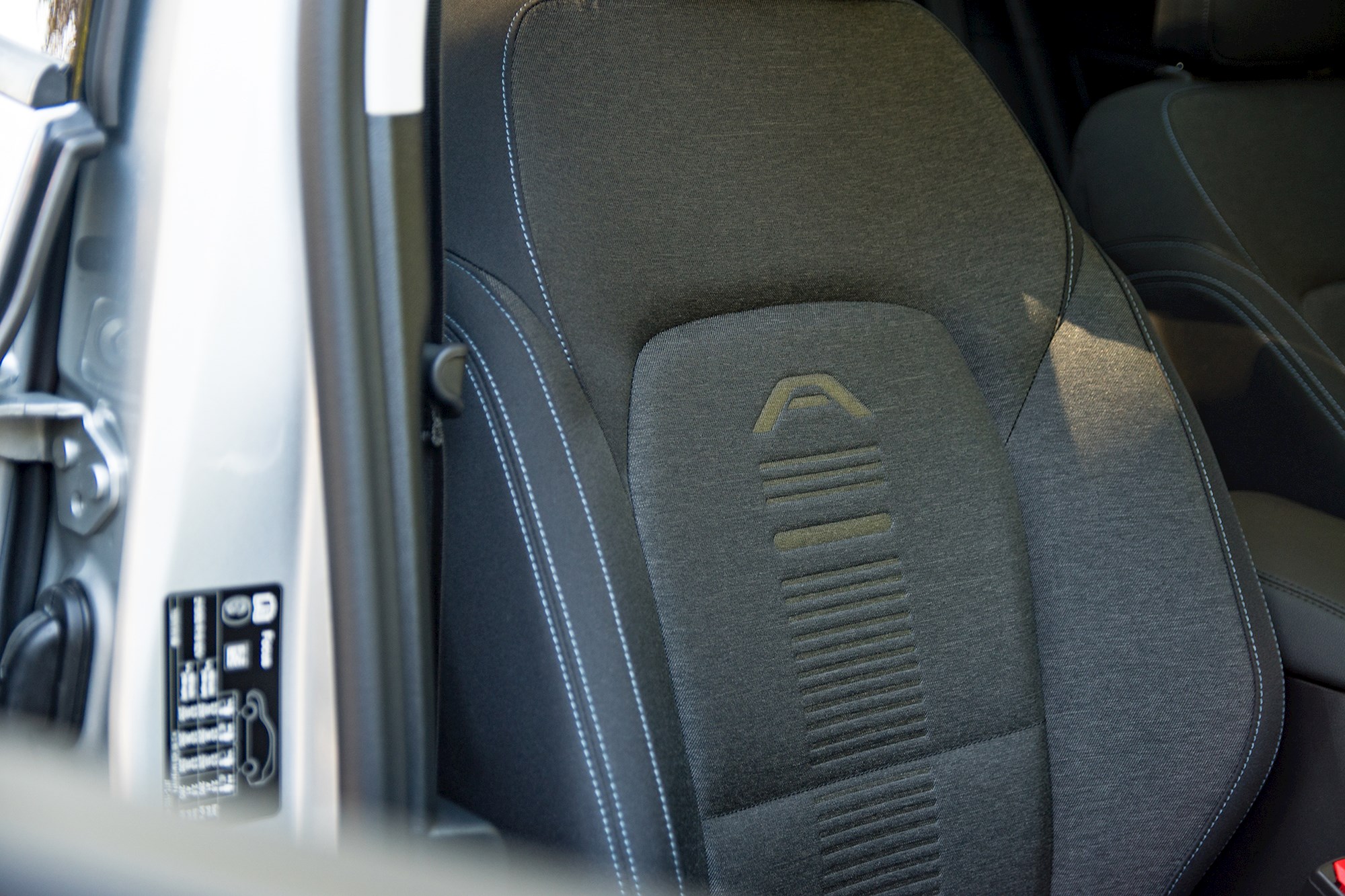 There’s confidence under wheel, but we had to remember that this is a front-wheel-drive not an all-wheel-drive. Driving at 100km/h, the Active remains calm and composed on motorways. The cabin remains isolated from the worst of the motorway noise.

It also handled the dodgy bitumen on our country route without trouble.

And it confidently handles tight corners and little bumps, proving it’s more than a “passenger car with increased capabilities”.

And testing its capabilities, we headed into some tight driving in the country where it cornered well and pushed out of the angle with such power that we forgot it was a three-cylinder engine.

There are drive modes to try, from Eco to Comfort (our standard around the city) and Sport. That last mode sharpens throttle response, adding vigour to the drive. It’s not a massive difference but enough to know you have added power if needed.

Slippery mode is best for surfaces with reduced grip such as snow, ice, grass or gravel. It reduces straight-ahead wheel spin while throttle response is eased off, helping the Active maintain traction in tricky conditions. 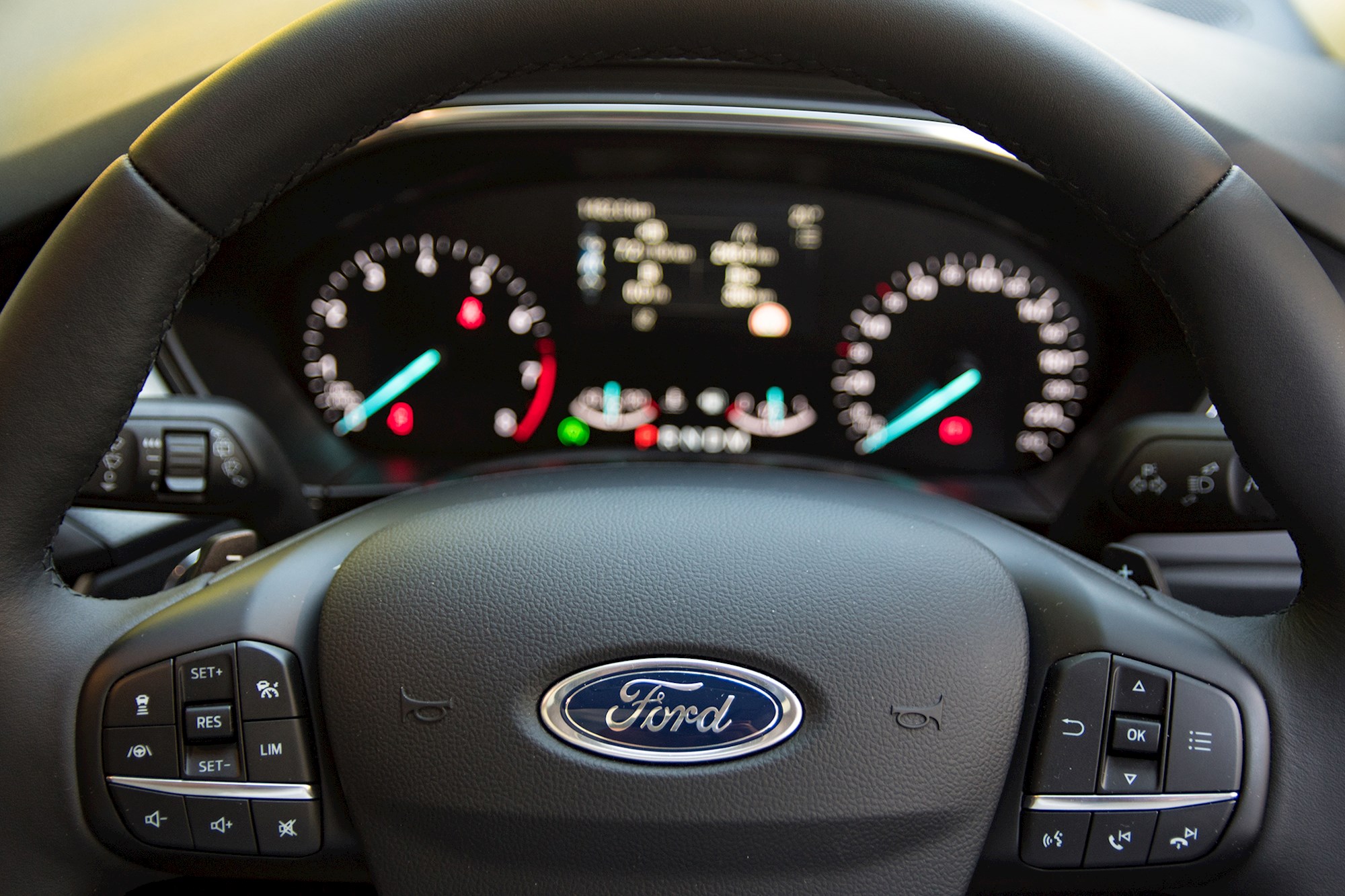 Trail mode is designed for soft, deformable surfaces such as sand, mud or a particularly soft dirt road. It works by adjusting the ABS to allow for greater wheel slip, easing back on the ESC and adjusts traction control.

The downside? There’s a lot of competition, from the Mazda CX-3, Toyota’s CH-R and Hyundai’s Kona in the “crossover” segment.

But the German-built Focus hatch and Active remind you there is more to Ford in New Zealand than the popular Ranger ute.