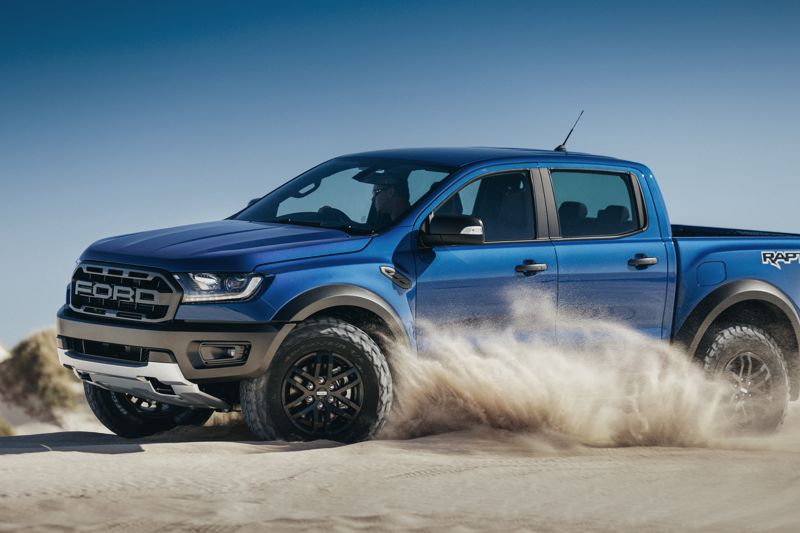 Ford reveal tough Ranger Raptor based on F-150 for NZ

Ford has revealed its beefed up Ranger, the Raptor, in Bangkok today which will be launched in New Zealand later this year with prices announced closer to sale date.

While the more urban favoured Ford Ranger has been New Zealand’s number one vehicle for three years in a row, the Raptor has been designed for tougher off-roading.

The Raptor also gets a new powertrain of a 2-litre bi-turbo diesel engine paired with a 10-speed transmission that provides closer gear ratios over a wider span.

Designed by Ford Performance, the company says Raptor has been configured specifically for customers in Asia Pacific, with the first models arriving in New Zealand in Q3 this year. Prices will be revealed closer to the sale date.

It’s grille is similar to the F-150 Raptor, while the frame mounted front-bumper system is designed to offer desert durability performance and resist dents and dings often associated with off-road usage, says Ford.

All-terrain BF Goodrich 285/70 R17 tyres have been specially developed for the Ranger Raptor with tough sidewall, and an aggressive off-road tread pattern which provides grip in wet, mud, sand and snow conditions.

Ranger Raptor comes with a Terrain Management System (TMS) offering six modes for various driving experiences, which can be selected via a dedicated five-button switch located on the steering wheel.

“It is amazing to enable this level of performance and create a vehicle that can provide off-road enthusiasts such an adrenaline rush,” said Hameedi.

“It really is like a motocross bike, snowmobile and an ATV rolled up into a pickup truck – it’s an incredible, awesome experience!”

The Ford Ranger Raptor will be produced in Ford Thailand Manufacturing.