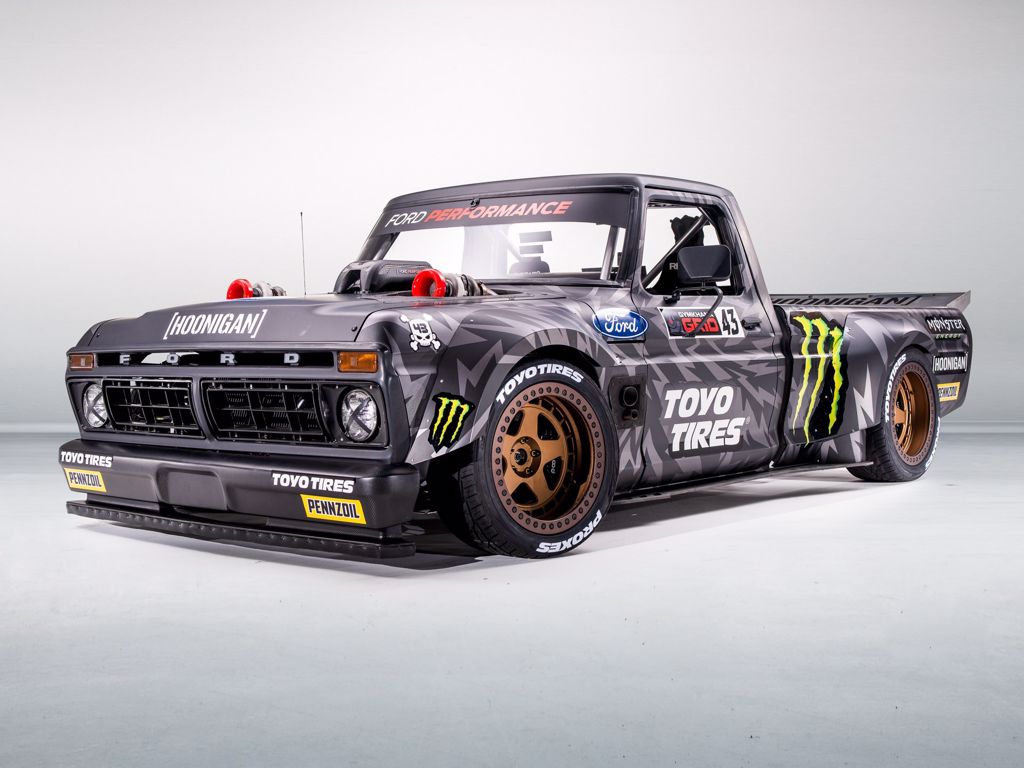 THE ALL-NEW, MOST UNIQUE ALL W

LONG BEACH, Calif. - Ahead of his upcoming GYMKHANA TEN, Ken Block, in association with Toyo Tires, is pleased to present to the world his latest, mind-blowing custom Gymkhana vehicle build: The Hoonitruck! 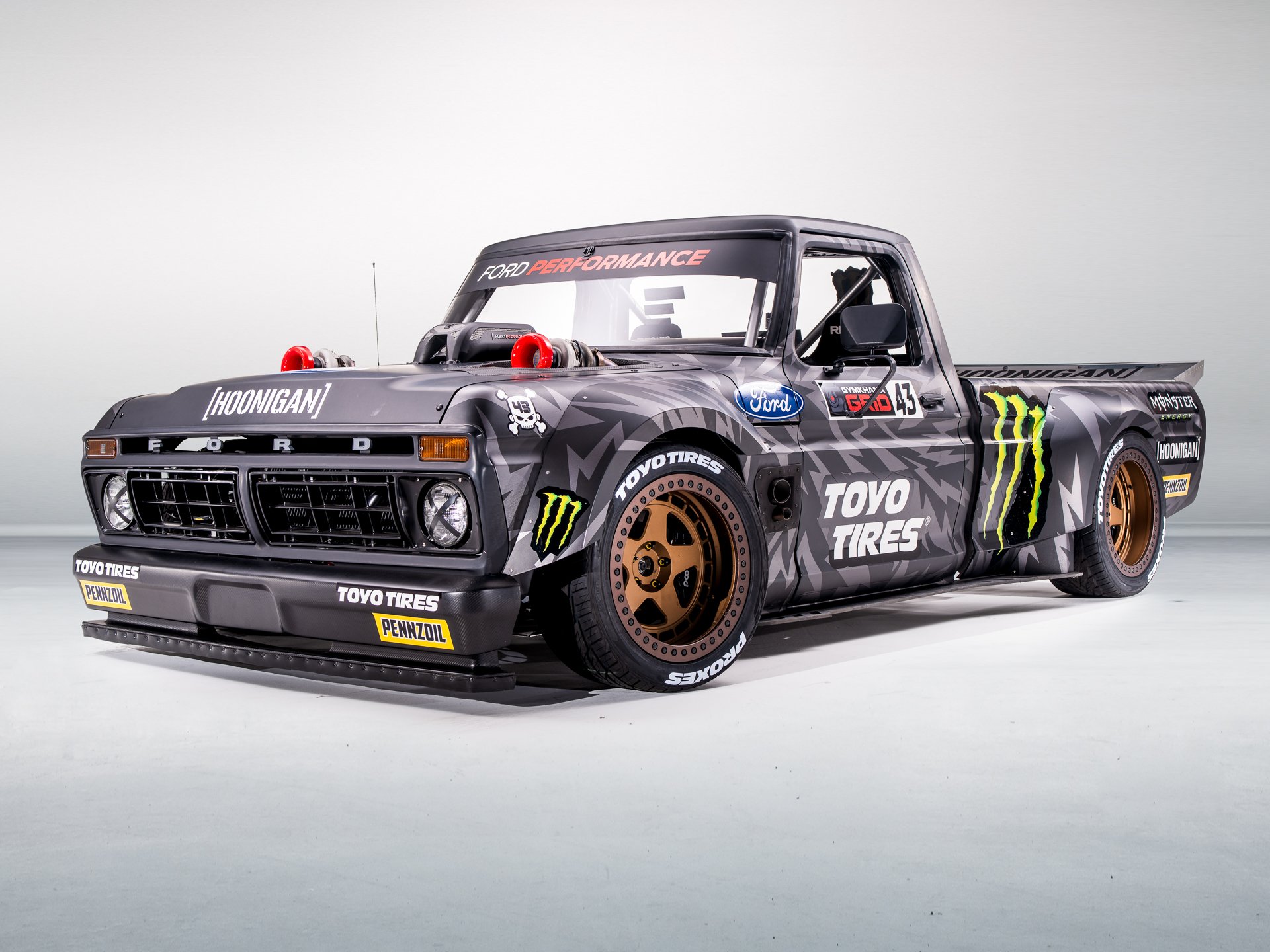 Created partially out of Block’s general love for trucks (a man who has daily-driven a Ford Raptor since 2010 and in general thinks trucks are rad) and partially as a bit of a tribute to his late father due to the fact that he grew up cutting his teeth with this era of Ford F-150—Block’s father had the exact same base truck back in the day, which Block learned how to drive on when he was 15 years old and then used when he’d go racing dirt bikes as a teen. 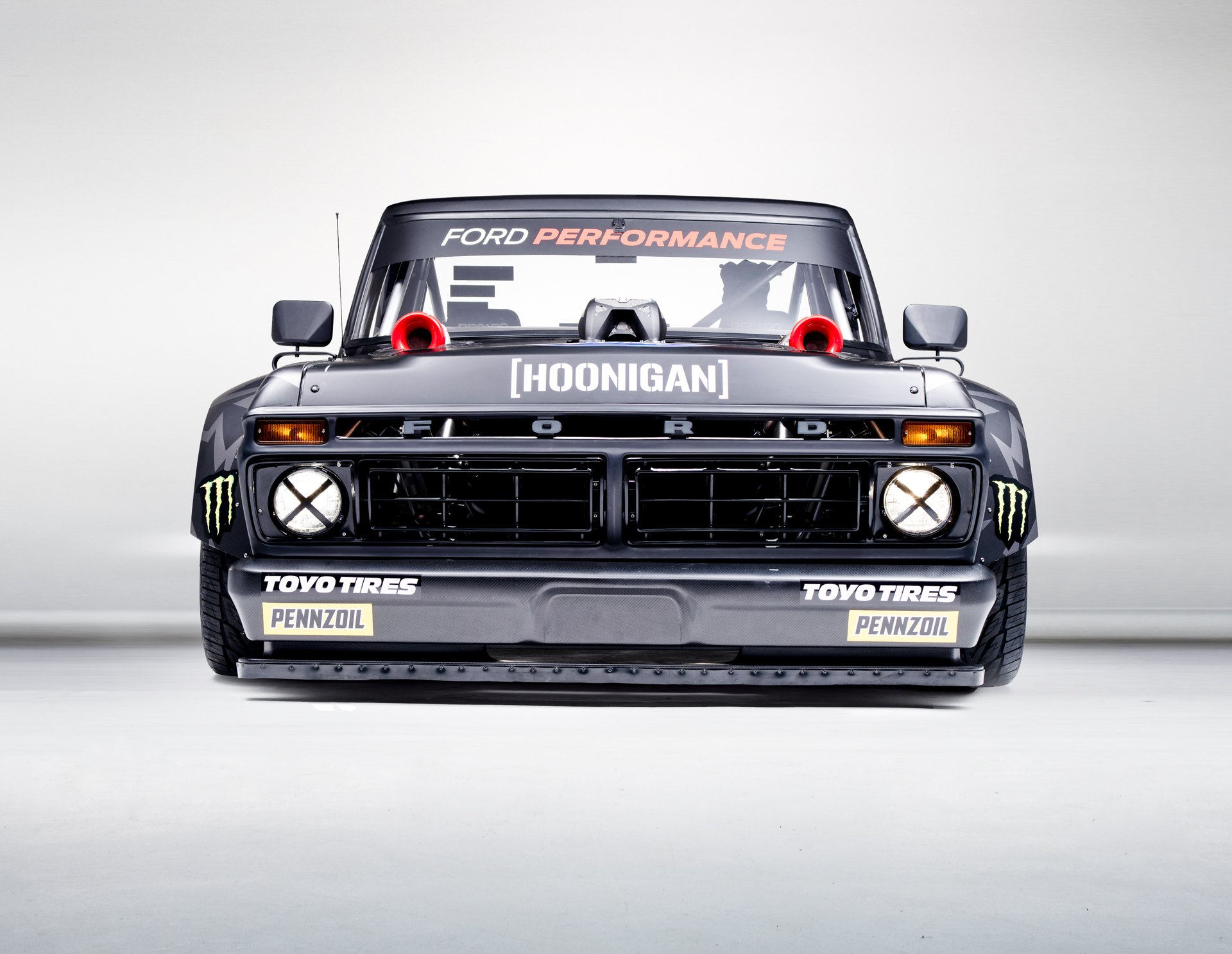 Based on a 1977 Ford F-150, Block’s Hoonitruck is powered by a custom-tuned Ford Performance V6 EcoBoost engine lifted directly out of the Ford Performance Ford GT Le Mans development program. Making 914hp at 7,400rpm and 702 ft-lbs at 6,450 rpm, the engine is a snarling, billet-aluminum menace, sounding like nothing you’ve ever heard in a Gymkhana video before.

The power is routed to all four wheels via a Sadev 6-speed all wheel-drive gearbox (similar to the one used in Block’s Hoonicorn). Chassis, bodywork and fabrication was all handled by Detroit Speed, in Mooresville, NC, with the overall design and styling of the project dictated by Block and his team at Hoonigan. 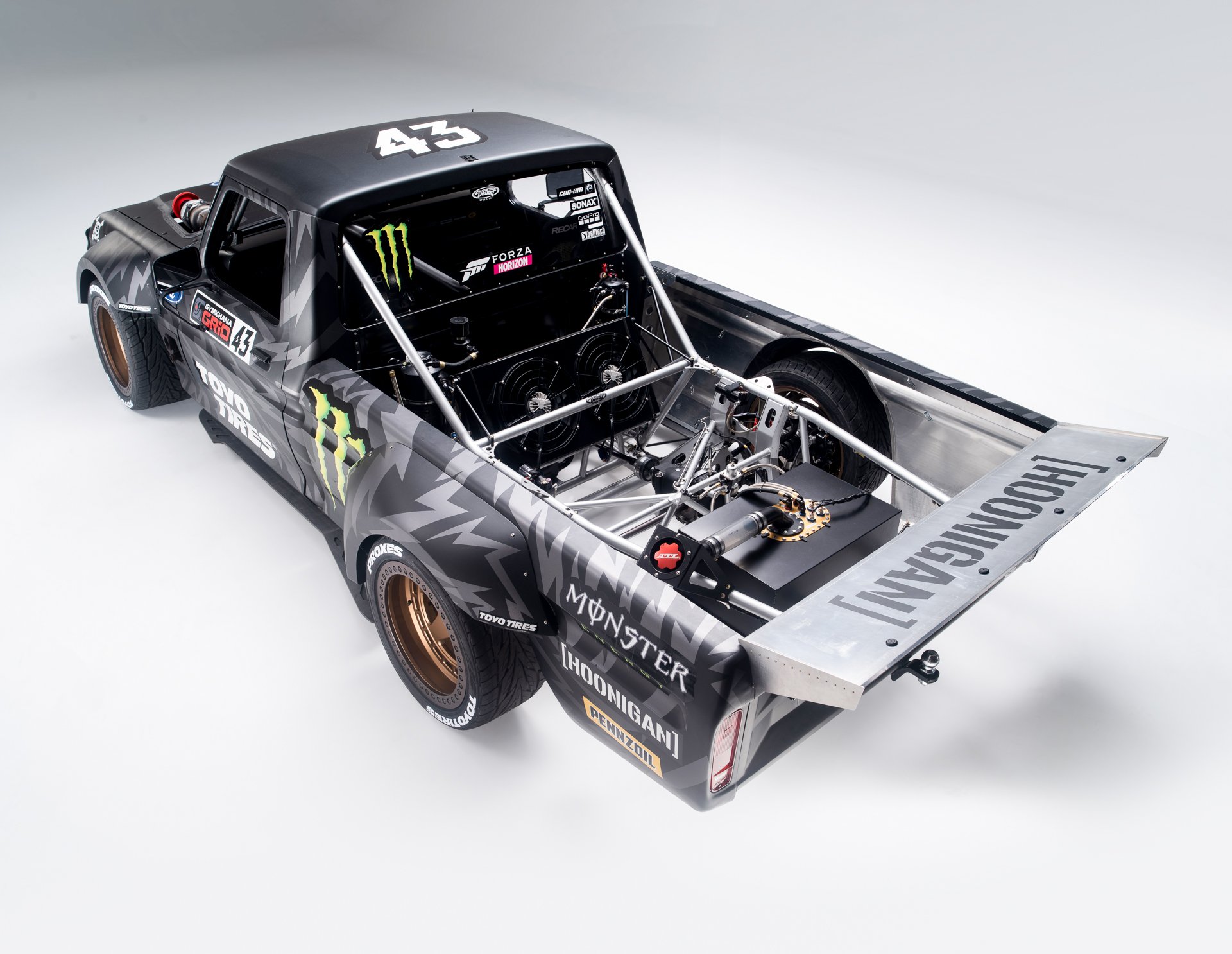 In addition to the above, the Hoonitruck also features some direct tie-ins to current Ford F-150 products. The vehicle features hand-shaped aluminum bodywork (identical to the military-grade aluminum that Ford uses currently) Ford Pass remote start integration and even a functional backup camera/tow hitch setup.

“This project has been in the works for about 2 years,” said Block. “I’m beyond pleased with how it turned out, it’s simply one of the most badass and unique vehicles I’ve seen in a long time and I think it compliments my Hoonicorn perfectly. It’s also crazy to be throwing something around that’s this size when doing Gymkhana-style driving. But, it looks absolutely wild on camera, and that was our goal from the start. I can’t wait for the fans to be able to see it in action, I think they’re gonna love it!” 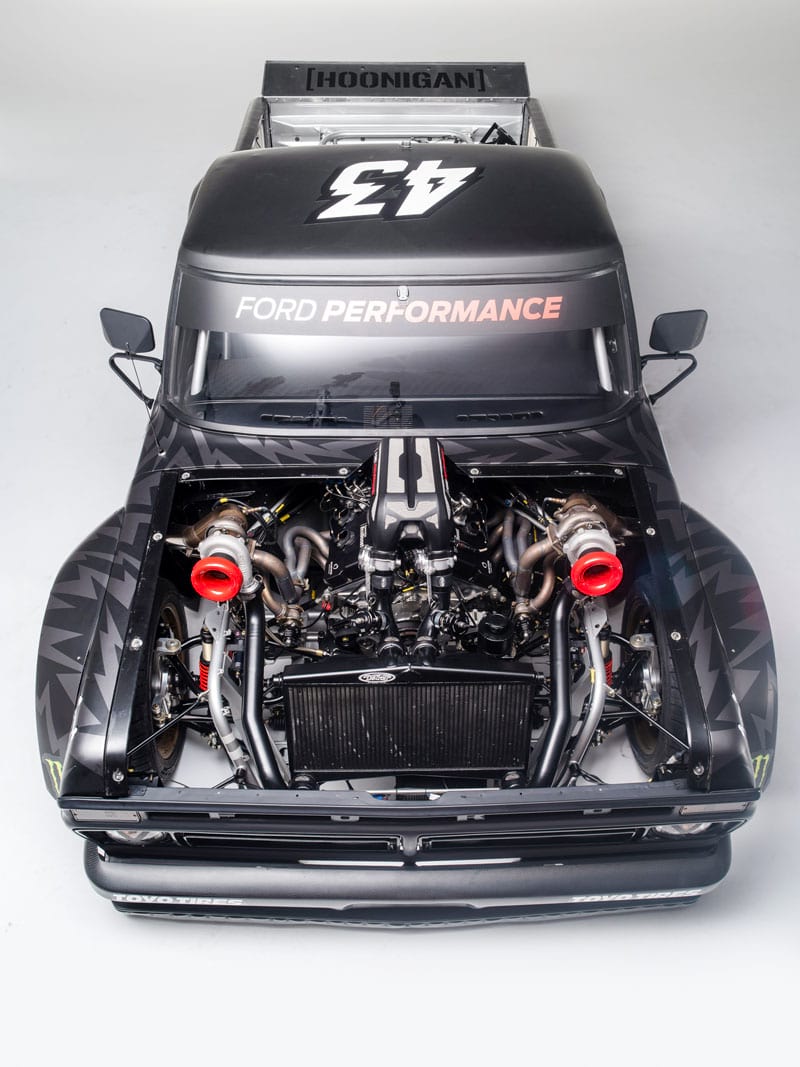 For those that want to be among the first to see the Hoonitruck in person, it will be on static display at the Toyo Tires booth #62122 at SEMA in Las Vegas in a few short weeks. It will also be shown in more detail during Block’s upcoming Amazon Prime Video series, The Gymkhana Files where there will be some behind-the-scenes action of the fabrication process, testing and ultimately, filming in GYMKHANA TEN. Block’s GYMKHANA TEN drops as an early exclusive on Amazon Prime Video on December 7th, followed by a global release on Hoonigan’s YouTube channel December 17th.