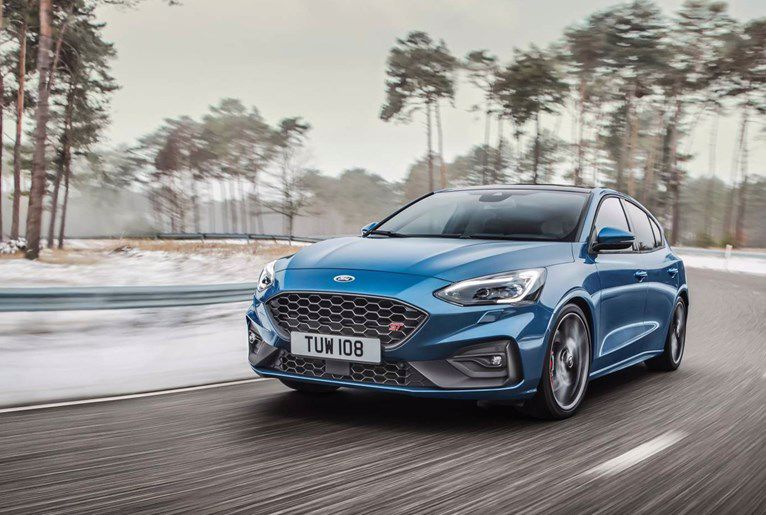 Last December we drove the all-new Ford Focus, and we rather liked it. Longer, lower, leaner than the car it replaced, it took corners exceptionally well — giving evidence to the thought that it would make a very good hot hatch platform somewhere down the line.

Well, that somewhere is now, because Ford have whipped the covers off their new Focus ST hot hatch.

For those familiar with these parts, the Focus ST's styling will come as little shock. Along with looking like a slightly sharper, more potent version of what we've seen on the ST-Line variant already, it's also a look that leaked late last year.

Still, the hot hatch is a suitably hot looking thing. Those wheels and aggressive rear diffuser stand out as favourites. 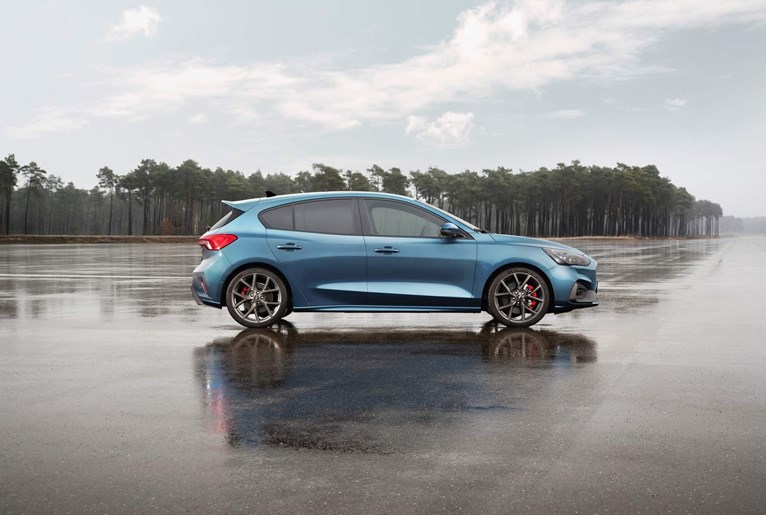 In addition to more power, the ST also gets an electronic limited slip differential; a first for the model. Ford claims that the ST's power-plant also features anti-lag learnings from the F-150 Raptor and GT supercar; their promises of "immediate power delivery" reflected in a 0–100km/h time of six seconds flat. The Focus comes with either a seven-speed automatic or a six-speed manual transmission.

That immediate delivery stems from an anti-lag system that that keeps the throttle open when drivers lift, which is said to stop reversal of air-flow through the turbo. This helps improve response when the driver plants their right foot again, given that the twin-scroll turbo is certain to still be spinning in the correct direction.

But ... 'that's not all'. The Focus ST will also be available in some markets with a turbo-diesel engine. The 2.0-litre EcoBlue unit is said to make 140kW of power and and 400Nm of torque, which makes it the most powerful diesel ever shoe-horned into a Focus. But, don't expect it to come to New Zealand. 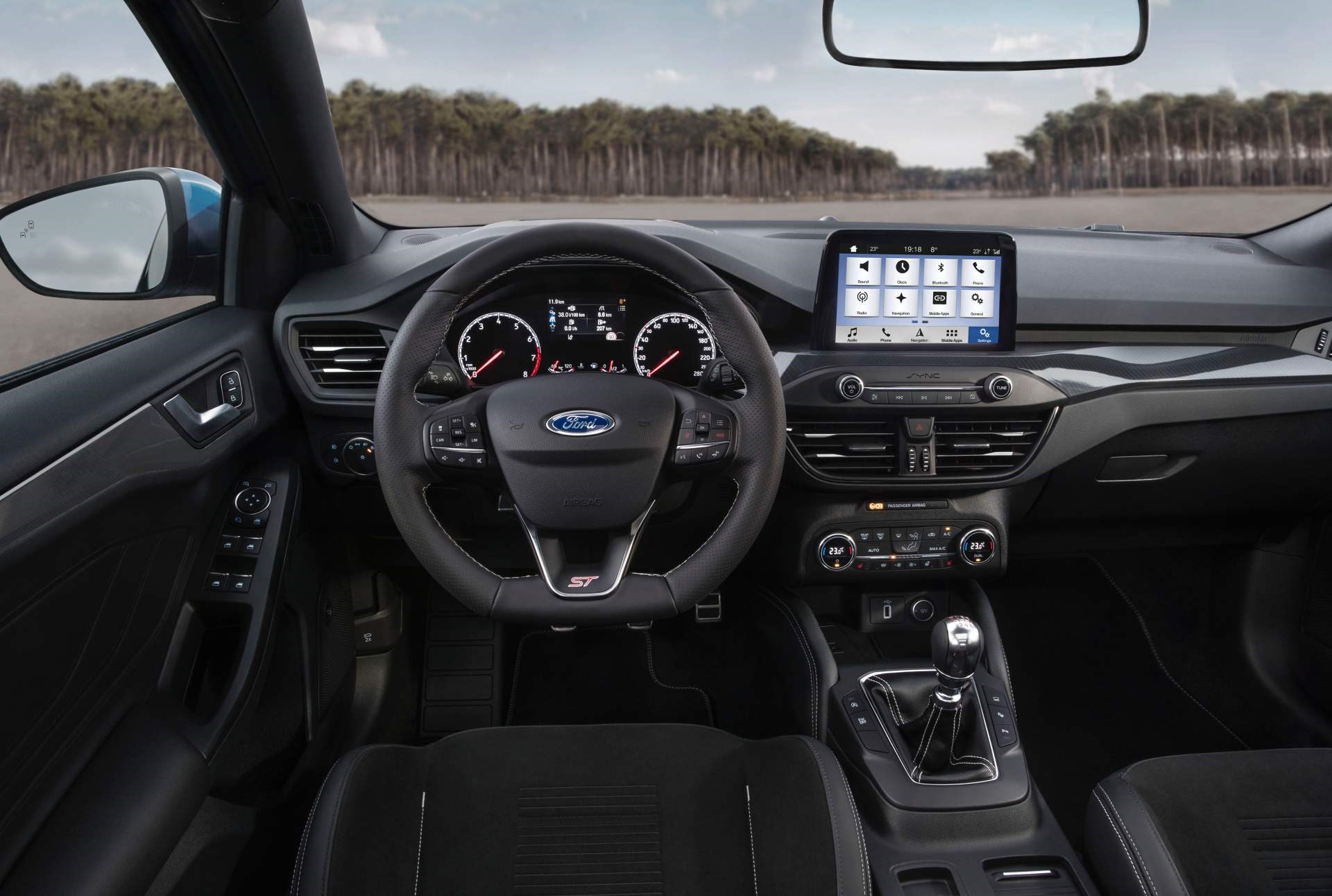 Yep, New Zealand. Ford NZ have confirmed that the Focus ST will touch down here in early 2020, meaning that we will be getting both it and its pint-sized Fiesta ST cousin.

Domestic spec and pricing hasn't been confirmed in full, and likely won't until we get closer to the model's arrival in Aotearoa. But Ford NZ has said that for the first time the ST will be offered here with an automatic transmission — hopefully not at the expense of a manual, of course.

So, how do those numbers compare to the ST's great rivals; namely the Hyundai i30 N and Volkswagen Golf GTi?

Well the Golf makes 228kW/400Nm, while the i30 makes 202kW/345Nm. The Ford edges both narrowly in the power stakes, while it obliterates them for torque. Still, it's just a tenth quicker to 100km/h than the Hyundai despite all the extra mumbo, and two tenths quicker than the Veedub.

But numbers of course are just a hollow measure, especially when it comes to hot hatches where fun factor trumps all. In that regard, we can't wait to give one of these new STs a belting ...