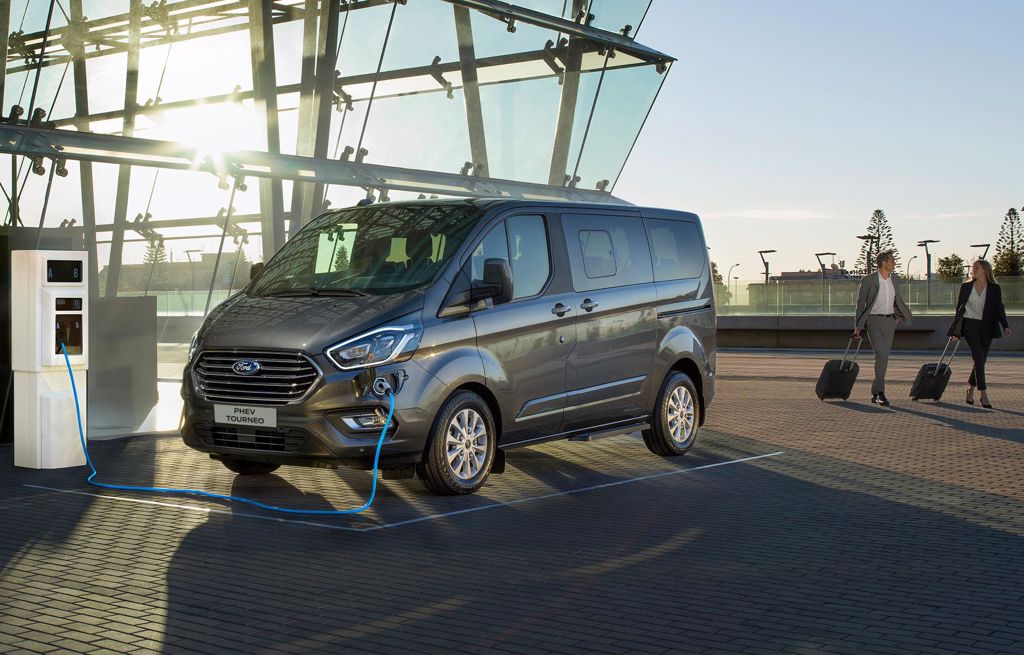 Combining zero-emission driving capability and no range anxiety, the first-in-class Transit Custom Plug-In Hybrid van can be charged with mains electricity for a pure electric NEDC driving range of up to 56 km.

A net payload of 1,130 kg and unchanged load volume of 6.0 m3 are facilitated by packaging of the compact battery pack beneath the floor. Giving confidence to businesses, the battery pack is covered by a standard eight-year/160,000 km warranty.**

Full specifications and pricing will be available soon.

A charging port located within the front bumper enables the new Transit Custom Plug-In Hybrid to be charged in 4.3 hours using a domestic 240-volt 10-amp power supply, or 2.7 hours using a commercial type-2 AC vehicle charger. Additional electrical energy is captured through regenerative charging when the vehicle decelerates or brakes.

Four selectable EV modes enable the driver to choose how and when to use the available battery charge:

Drivers can also choose the degree of energy recovery and braking assistance afforded by the regenerative charging system by selecting either Drive or Low on the gear selector. Releasing the accelerator pedal in Low-mode increases programmed deceleration, automatically illuminating the brake lights when necessary to warn drivers behind. The greater deceleration supports greater use of a one-pedal driving approach, particularly in stop-and-start urban scenarios, increasing the amount of kinetic energy recovered and stored in the battery for optimised electric driving range.

A smaller gauge for battery state of charge replaces the engine coolant temperature indicator and trip computer functions are configured specifically for the hybrid powertrain. EV mode indicators, maintenance alerts and a warning when the vehicle is plugged into a charging point, appear on the instrument display cluster. A status graphic displaying distance-to-empty for both the battery and range extender is visible on all screen displays. 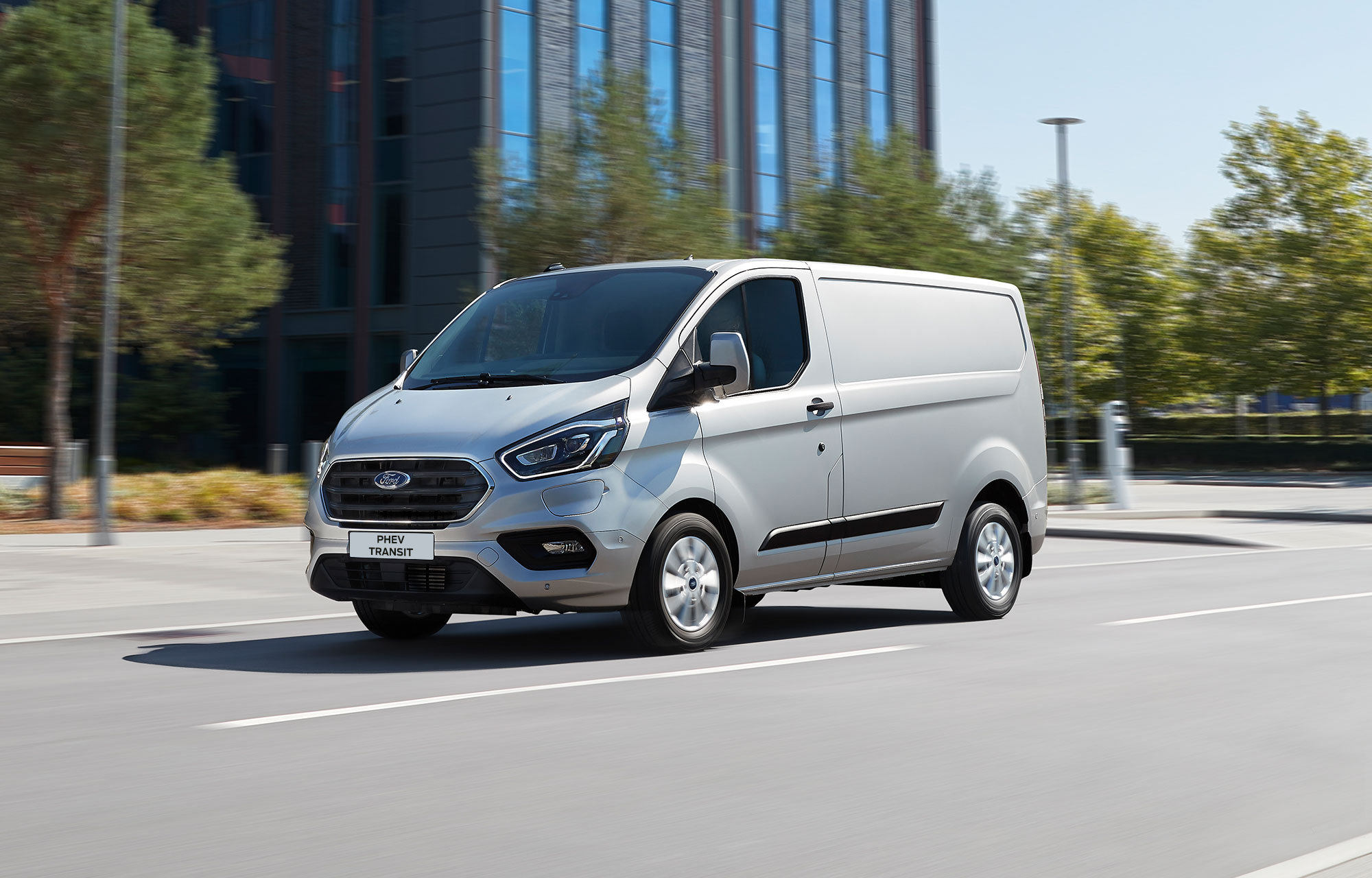 The Transit Custom Plug-In Hybrid will be offered in a single variant, with Van or Tourneo body styles. Ford’s voice-activated SYNC 3 communications and entertainment system, featuring an 8-inch colour touchscreen that can be controlled with pinch and swipe gestures, is standard.

An optional 12-volt Epower Pack will enable operators to run high-power electrical equipment such as power tools or site lights from the vehicle’s high-voltage battery, using an easily accessible connection delivering up to 6 kW of power.

Offered in upscale Titanium specification, the new eight-seater Tourneo Custom Plug-In Hybrid has been engineered to provide superior levels of comfort, with exceptional refinement for occupants particularly when running in electric-only driving mode.

The Tourneo Custom Plug-In Hybrid also continues to offer the unique-to-segment ability to arrange the two rear rows of seats in conference format for outstanding access and enhanced interaction between passengers – or in two rows of three seats facing forward.

The results of Ford’s year-long real-world trial of Transit Custom Plug-In Hybrid vehicles in London, Ford suggest that plug-in hybrid electric commercial vehicles could present the most practical, readily available option for businesses trying to reduce their overall emissions as well as fuel use.

A fleet of 20 prototype Transit Custom Plug-In Hybrid vans covering more than 240,000 km sought to test whether businesses could carry out the typical daily duties of their diesel-powered vehicles, while maximising the use of zero-emissions electric-only driving mode.

During the trial, 75 per cent of the fleet’s mileage in Central London and 49 per cent in Greater London was completed using pure electric power. The results highlight that even without a fully established electric vehicle charging network, the hybrid vans were able to dramatically reduce tailpipe emissions in the inner city, using the flexibility of a petrol range extender to complete longer journeys when required.

Ford earlier this year announced that the All New Ford Escape will include a PHEV option, also arriving in New Zealand in 2020. And a new all-electric Ford Transit Cargo will join the Transit range – anticipated for volume launch in 2021. The company also announced that every new Ford passenger vehicle nameplate will include an electrified option – either a mild-hybrid, full-hybrid, plug-in hybrid or all-electric – delivering one of the most comprehensive line-ups of electrified options for European customers.