Miles made Shelby GT350 an instant legend when he drove it to victory at Green Valley Raceway in Texas on Feb. 14, 1965. Since then, the Shelby GT350 has been a Mustang icon. 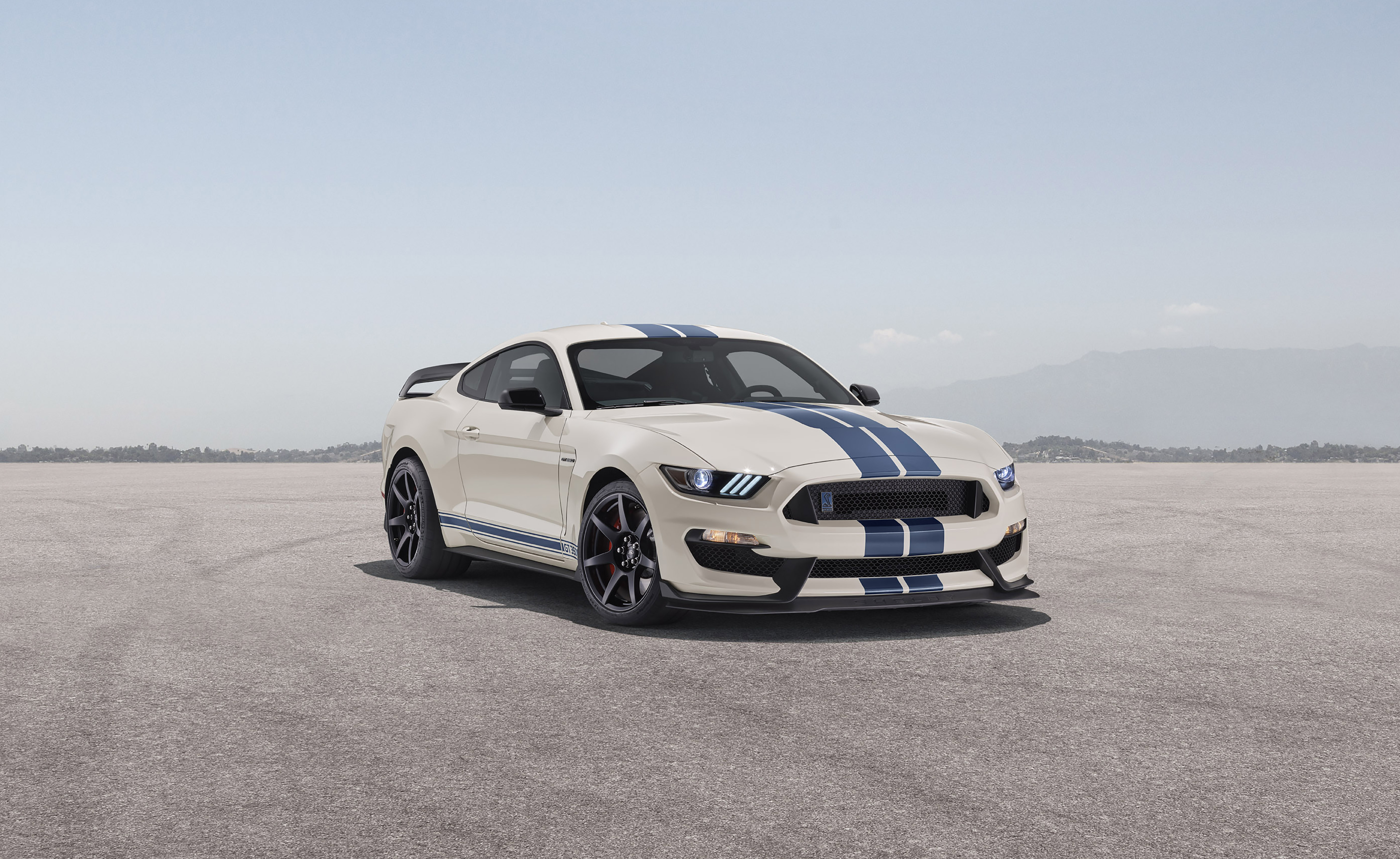 For 2020, Ford is producing a limited run of Heritage Edition fastbacks finished in classic Wimbledon White with Guardsman Blue side and over-the-top race stripes in a nod to the 1965 GT350 competition model developed by Carroll Shelby. The United States has sported blue and white as its assigned international racing colors since the 1950s. Additional Heritage Edition cues include front and rear exterior badges finished in Guardsman Blue and a unique dash badge inside. GT350R models will feature all-black seats with red accent stitching.

“Looking back on it, what Ford and Carroll Shelby created back in the mid-’60s was so important to Mustang,” said Jim Owens, Ford Mustang marketing manager. “With their authentic exterior livery, unique appointments and performance Ken could have only dreamed of, the Mustang Shelby GT350 and GT350R Heritage Edition Package vehicles are a meaningful tribute to the legacy of the Shelby brand.”

The throwback Heritage Edition Package comes a year after Shelby GT350 received a host of upgrades. These include revised front chassis geometry for improved steering feel, plus revised antilock braking and MagneRide™ tuning for optimized aerodynamic components resulting in improved ride, stability and handling for both road and track. Shelby GT350R gets a redesigned high-trail steering knuckle leveraged from the all-new Shelby GT500 for 2020. It also features a new steering rack and recalibrated electric power steering control.