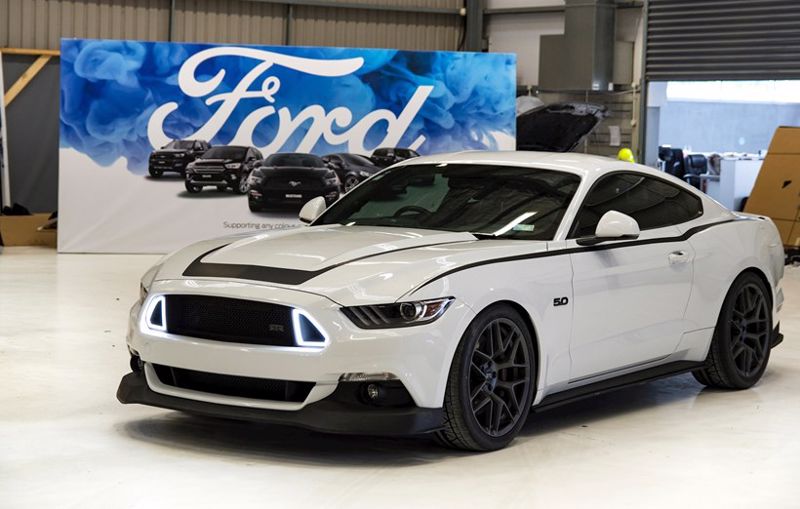 An American tuning company with strong Kiwi ties is set to join the New Zealand market, after uniting with CTB Performance and Accessories in Manukau, Auckland.

RTR Vehicles specialises in aftermarket parts for Ford Mustangs and F-150 pick-ups. With the former finally joining Ford New Zealand’s line-up two years ago, demand for aftermarket options is on the rise.

The company is co-owned by Formula Drift pilot Vaughn Gittin jnr, and Kiwi Ian Stewart. The former is a three-time World Drift Series champion and the latter is one of the leading lights responsible for Ken Block’s all-wheel drive “Hoonicorn” Ford Mustang and the owner of the drifting-orientated ASD Motorsports.

RTR’s upgrades are punctuated by a unique body kit that gives the ’Stang a Japanese drift-inspired appearance, as well as a unique front grille that’s flanked by duel LED nostrils.

However, modification can also expand to RTR lowering springs, adjustable sway bars, an air-to-water intercooler system, and other performance additives.

“For us to jump on board early was cool. We were excited, it was really big. Ian Stewart opened his arms up pretty widely to us, and we feel we’re part of the team. If we need anything, at the drop of a hat it’s there.”

These are available for all current models of Mustang, with revised packages planned to arrive soon for the upcoming and highly anticipated 2018 Ford Mustang.

“With the 2017 models, there are a limited number available for New Zealand. They can be done on pre-registered and post-registered Mustangs,” said Bakalich.

“Once 2018 Mustangs arrive, if you want a complete RTR-spec model with the Vaughn Gittin jnr signature and VIN plaque to be an official RTR vehicle, they have to be done pre-registration.”

The arrival of RTR in New Zealand aligns with Gittin jnr’s maiden visit. He will be competing at this weekend’s Leadfoot Festival in Hahei behind the wheel of one of his fully blown 700kW drift cars.

The car is set to stay in New Zealand where it will join the Link ECU D1NZ National Drifting Championship in the hands of former champ “Fanga Dan” Woolhouse.